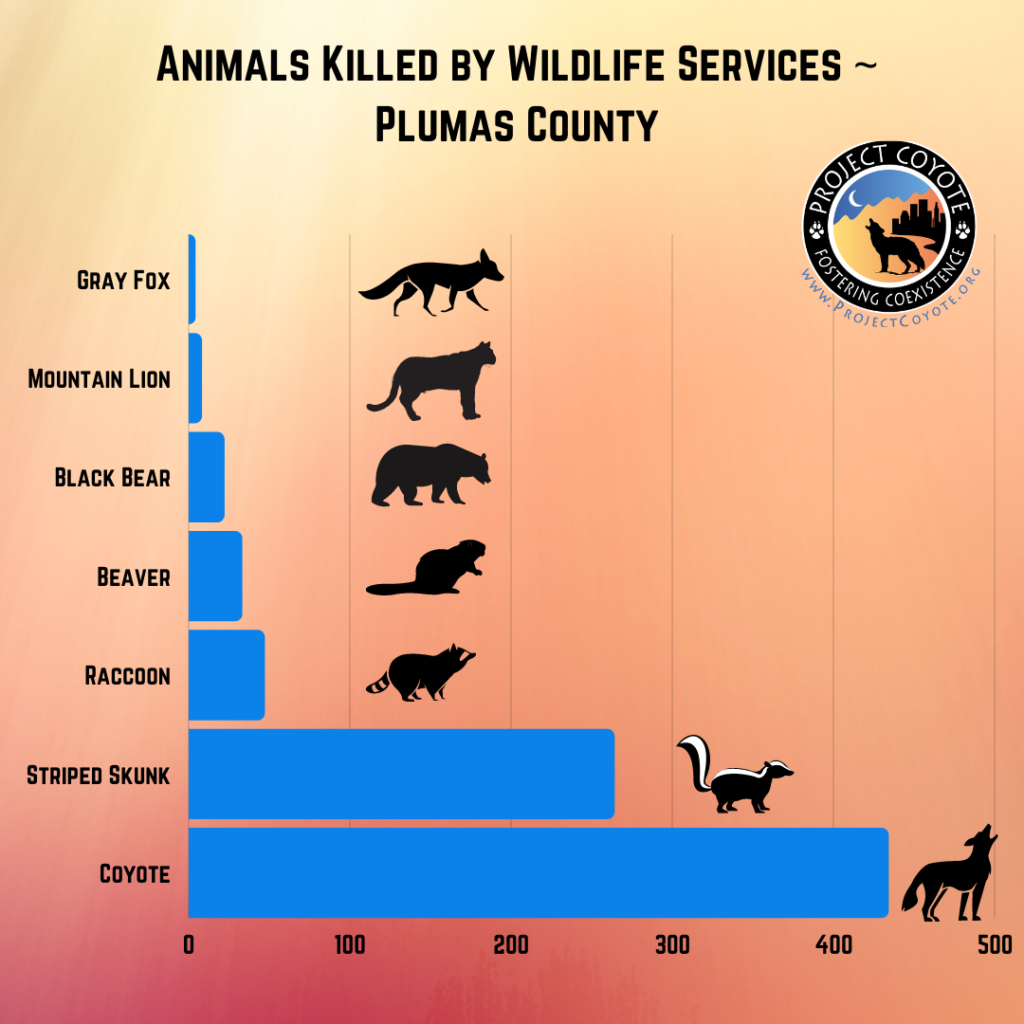 Do you appreciate our region’s rich wildlife? Did you know your county taxes pay for the unnecessary slaughter of wildlife including bears, beaver, and badgers? Feather River Action! is working to raise awareness about Plumas and Sierra County’s contract with USDA Wildlife Services, which is up for renewal soon. We are urging the replacement of this contract with a new non-lethal county based program to assist ranchers and farmers with defensive predator control.

Wildlife Services doesn’t serve wildlife—it causes a huge amount of harm to both wildlife and our local ecology. Between 2015 and 2019, under an annual contract with Plumas County, Wildlife Services killed 890 wild animals including bears, beavers, mountain lions, coyotes and badgers. More were killed in Sierra County. These deaths are unnecessary. Improved, science-based non-lethal predator defense techniques to prevent livestock predation are more humane, effective— and cost-effective in the long run.

Taxpayers in our region spend approximately $70,000/ year on this program (that’s nearly 3/4 million dollars over a decade). Many of us want to see these funds re-directed to 21st century non-lethal predator defensive measures such as improved fencing, guard dogs, and other deterrents that are proven effective without the killing. Ensuring that proper fencing is in place and that livestock are properly guarded is like insulating your home rather than paying to heat a drafty house. It just makes sense.

Wildlife is not an annoyance— they are part of our community and were here first. Supporting ecological diversity supports the health of the forest and the larger ecosystem, critical for human health and well-being.

Many visitors to our area come to see the abundant wildlife, and this boosts local economies. Continuing the unnecessary slaughter of wildlife at taxpayer expense is not consistent with the values of most people living in this area, who appreciate and want to co-exist with wildlife. 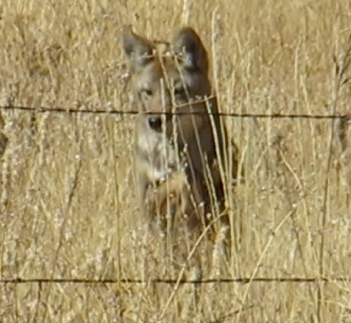 Predation is a natural result of running livestock operations in wild areas. Predation will likely never be eliminated, but can be managed with modern non-lethal methods. We propose a collaborative process to design a new county based program for Plumas and Sierra Counties to replace the Wildlife Services contract with a locally-run non-lethal program. The most effective techniques to deter predators would be identified. In other counties that have severed their Wildlife Services contract, funding is provided to farmers who wish to improve their predator defenses. Those participating in the program could receive compensation for livestock who are killed. In many cases the number of livestock killed decreases significantly after robust fences are installed or guard dogs are placed.

Courts have found that renewing a Wildlife Services contract requires a California Environmental Quality Act review. Without this review, the existing program is not lawful and may cause significant harm to the environment. Specifically, wolves who have spread into our area may be inadvertently killed by this program. In 2017, a protected wolf was killed in Oregon by a cyanide bomb placed by Wildlife Services. Also in 2017 in Idaho, a boy was seriously injured and his dog was killed on a walk 350 ft. from their home by a Wildlife Services placed “cyanide bomb.” Though these devices have been banned in California, Wildlife Services continue to use them elsewhere in the country. Wildlife Services activities are cruel, reckless, and above all unnecessary. It’s time to stop paying the feds to come in and cause harm in our region. We have many other pressing priorities for our limited county funds.

Our proposal would not prevent ranchers themselves killing predators consistent with state and federal law. However it would discontinue the practice of using public county funds to kill wildlife on behalf of ranchers and others. We support local farming and our farming families- we just don’t want to see wildlife harmed as a result of these operations.

We would be happy to meet or speak with anyone who has any thoughts about this proposal that would protect both wildlife and agriculture. We urge people in Plumas and Sierra counties to contact the two boards of supervisors and let them know it is time to stop the killing at taxpayer’s expense. Plumas Board can be e-mailed at: public@countyofplumas.com Sierra County Board can be contacted at: hfoster@sierracounty.ca.gov 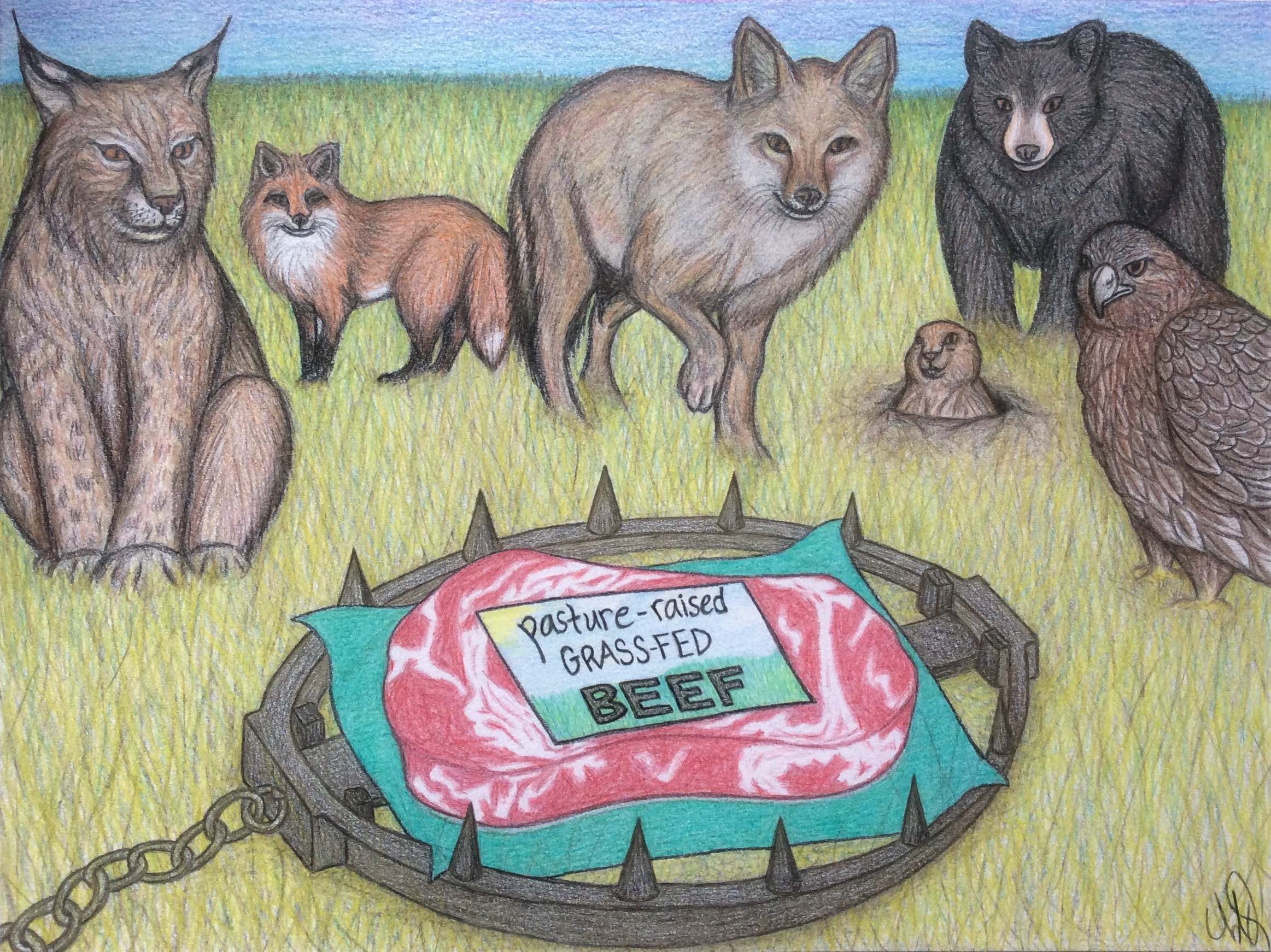