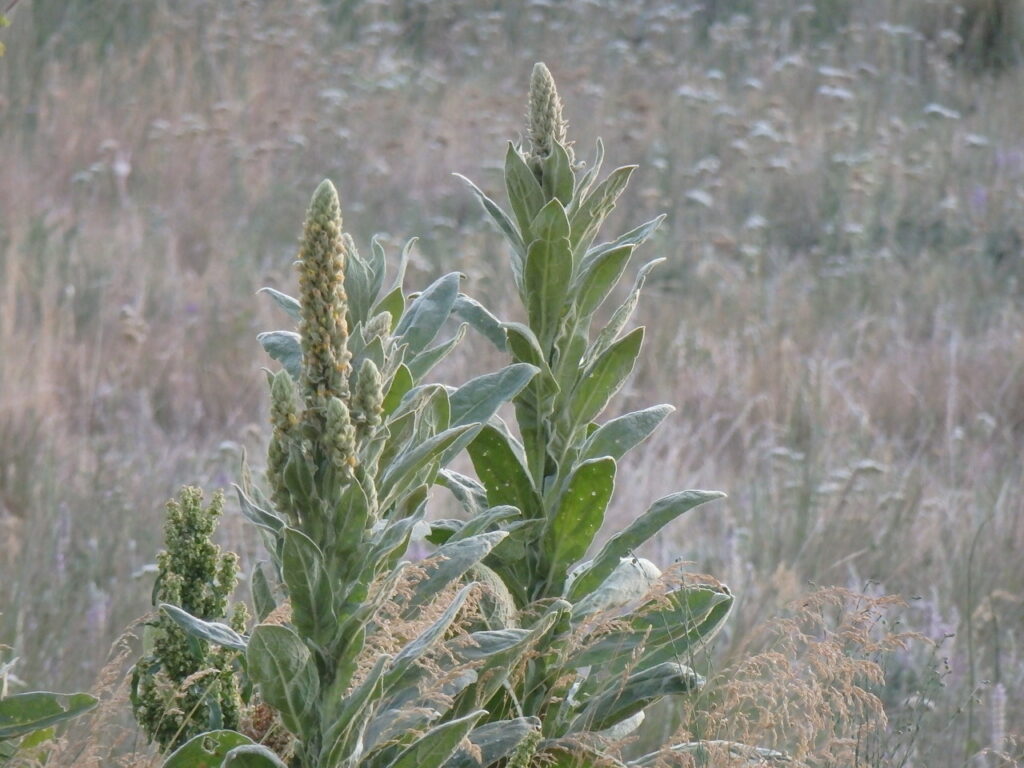 Woolly Mullein: A Plant that Benefits Humans and Wildlife: Leave it Be!

Woolly Mullein is a useful plant that, while not native, adds diversity and beauty to western landscapes. The plant, Verbascum Thapsus, grows up to 2m tall and is native to Europe, North Africa and Asia. Early settlers introduced it to the Americas in the early 1700’s and Native Americans quickly recognized its value in treating respiratory ailments, coughs, colds, and congestion. The plant is even sold as a medicinal tea in many mainstream supermarkets today. The leaves are known as “cowboy toilet paper,” claiming a place in the culture of the west.
Mullein produces up to 240,000 seeds per plant. Seeds have been known to germinate after 140 years. Pulling Mullein will not eliminate the plant, but it may leave soil bare and compacted, and pollinators and birds who depend on these flowers hungry.

Many invasive plant eradication efforts are not based in science but on a kind of “plant xenophobia” that demonizes the foreign and the other. Since Mullein seeds only germinate in open soil (without other plants present) it cannot really be described as “invasive.” In fact Mullein is not even considered enough of a threat to be included in Plumas National Forest’s Invasive Plants of the Plumas National Forest and it is nowhere to be found in California’s Noxious Weed List.

Many types of bees (and other pollinating insects) that we depend on to pollinate our food supply and diverse native flora get nutrition and shelter from Mullein. Some insects depend solely on Mullein for food. The presence of non-native plants in forests—far from competing with natives, has actually been found in many cases to increase pollinator densities—which benefits all plants.

Mullein seeds, which persist on the dry stalk throughout the winter and into spring, are eaten by overwintering songbirds.  Chickadees, tanagers, bluebirds, and finches (just to name a few), repeatedly turn to mullein for its abundant seeds and/or the rich insect life that congregates on the plant. Reptiles and amphibians also benefit from this bounty, as well as the shelter the large leaves and resulting microclimate provide.

Mullein also provides valuable services to the forest community. It is often the first plant to occupy disturbed and compacted soil, opening up and de-compacting soil for other plants to follow, as well as providing a “living mulch,” which helps restore the soil structure and retain water.

The problem here is not Mullein, but soil disturbance and compaction caused by overgrazed pastures, heavy equipment, and inappropriate development. This results in sterile, dry, hard-packed soil that is prone to erosion and does not store carbon, absorb water, or host healthy plant communities. The presence of Mullein is often merely an indicator that the ground has been compacted or disturbed and it is in the process of being repaired.

The former coordinator of the Garden Apprentice Program at the Brooklyn Botanical Garden says: “Though a native of Eurasia, Mullein doesn’t deserve the vilification often reflexively bestowed on nonnative plants that have naturalized here. Its preference for disturbed soil, its drought tolerance, and its juicy flowers and feltlike leaves all offer important ecological services for the local environment.”  Clearly, this is no “bad guy!”

The war against so-called invasive species has led to more harm than it has sought to prevent. Tons of toxic and carcinogenic chemicals continue to poison soil, streams and rivers in communities all over the world in the name of eradicating “invasive species. These efforts are harmful to the public but greatly profitable to the chemical industry who is one of the most outspoken advocates of the myth that non-natives must be eradicated in order to return the ecosystem to health. Nothing could be further from the truth!

Two great books that further investigate the misconception that all non-native plants are evil and should be eradicated are: Tao Orion’s “Beyond the War on Invasive Species” and “The New Wild” by Fred Pearce. These can also be requested through the library’s “zip book” program.

Those promoting mullein removal are clearly well-intentioned, yet their message has the potential to do great harm to our local ecology by wrongly demonizing a beneficial plant and disrupting the local ecology. We hope that these facts about Mullein’s importance to both humans and forest ecology will offer a new perspective on this plant that has endured in the west for hundreds of years and is surely here to stay. 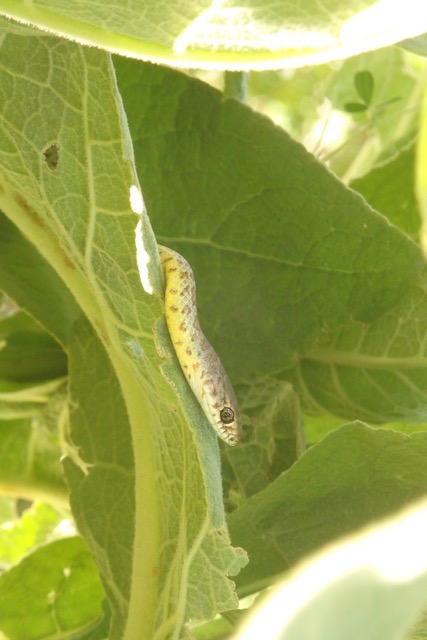