Sign the petition!  Plumas County would make a great home for Grizzly Bears, and has been home to these magnificent creatures for millions of years prior to colonization. 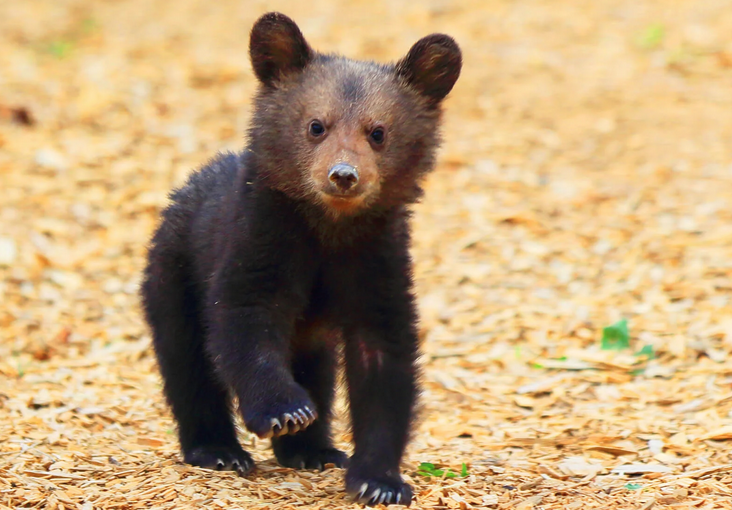 Tragedy struck on Thursday afternoon this week in Portola when a black bear cub was hit and killed by a speeding driver in downtown Portola on Thursday Nov. 17th around 3pm, by the library and city park. Portola resident Ashlee Sims witnessed the aftermath:

“Mother bear was beside herself and very upset. I saw her afterwards and the look she gave me of panic is indescribable.. just writing about it makes me cry again, not sure if they put the baby out of it misery or what all the gunshots were about. Whole town is in an uproar over it.”

“people drive crazy down that street”

“poor mama and baby I’m so very sad for her. I hope the jacka$$ who hit the baby got in trouble.”

Open your eyes and slow the F#¥k down! Idiots”

Bears should not be wandering around downtown Portola. They are hungry this time of year, getting ready to hibernate. When people leave out their garbage or feed the bears intentionally, it draws bears into towns where they are hit by cars or killed by wildlife wardens.

Remember, a fed bear is a dead bear. The best way to protect bear populations is to keep them wild. The Tahoe Bear League has some great resources on their website and tips on how humans and bears can coexist safely. Main tip is to never leave food out that bears can access. Scare them away with pots and pans if they are in the neighborhood.

Also, this area near the park and library needs traffic calming measures and greater enforcement of speeding. The bears are not the only ones whose kids are at risk! Write to Portola City Council and ask them to traffic calm the area by the park and library, step up enforcement, and aggressively cite people for leaving trash out overnight or feeding wild animals. We can do better, for the mother bear and all mothers who have lost kids to the violence of motorized traffic or dysfunctional wildlife practices.

Quincy, Calif. — In a major victory for wildlife and their advocates, the California mountain counties of Plumas and Sierra have agreed to immediately suspend their contract with the taxpayer-funded U.S. Department of Agriculture’s Wildlife Services program, which indiscriminately kills wildlife that private parties deem a nuisance.

This agreement settles a lawsuit brought by Project Coyote, a project of Earth Island Institute, and by Feather River Action! to stop Wildlife Services from killing wildlife without a full environmental impact report (EIR) pursuant to the California Environmental Quality Act (CEQA).

The lawsuit challenged the two counties’ ongoing failure to conduct the mandatory CEQA review of a $76,623, taxpayer-funded contract that Plumas and Sierra Counties signed with Wildlife Services. This contract authorized the much-criticized federal program to kill thousands of animals every year, without assessing the ecological impacts of such widespread killing and without considering alternative non-lethal management strategies.

“Today is a win for the wildlife of Plumas and Sierra counties, and hopefully the start of a new approach to managing human-wildlife interactions,” said Michelle Lute, PhD in wildlife management and carnivore conservation director for Project Coyote. “We are pleased that the Board of Supervisors for these counties has agreed to study the impacts of their killing contract with Wildlife Services. Now we hope they follow the best available science demonstrating that nonlethal methods are the most effective and humane ways to protect livestock and wildlife.”

“We are happy to learn that after decades of secretive and illegal wildlife killings, Plumas and Sierra Counties are planning to re-examine these killings and conduct a full environmental review.” said Joshua Hart with Feather River Action! “Allowing wildlife to survive – and even thrive – is the keystone of a successful rewilding effort which has proven ecological – as well as economic – benefits. If potential conflicts can be resolved through non-lethal methods, then this is a win-win for everyone involved.”

Under the terms of the settlement, Plumas and Sierra counties will now be required to evaluate the ecological impacts of these killings and comply with CEQA before contracting with Wildlife Services in the future. By disallowing the use of indiscriminate snares set for coyotes and other wildlife targeted by Wildlife Services, cancellation of Plumas and Sierra’s lethal program will directly benefit the endangered Beckwourth wolf pack that recently has been found residing in Southern Plumas county.

In 2021, Wildlife Services spent more than $124 million in taxpayer dollars nationwide to kill a shocking 1.76 million animals, including more than 400,000 native animals, largely at the behest of commercial agriculture. These taxpayer-subsidized killings occur despite research showing that the reckless slaughter of native carnivores causes broad ecological destruction and is not proven to protect livestock or reduce human conflicts with wildlife.

Plumas and Sierra counties’ agreement to study the ecological impacts of the Wildlife Services contract signals a critical change in policy. In 2021, Project Coyote and Feather River Action! urged the county’s Board of Supervisors to comply with CEQA before approving the contract for fiscal year 2022.  The board chose instead to renew their contract with minimal consideration of effective nonlethal alternatives.

“This settlement represents an important first step by two very conservative California counties toward science-based wildlife policy reform,” explains Don Lipmanson, an attorney representing the plaintiffs. “Many rural counties are coming to recognize that funding primarily lethal methods of ‘wildlife management’ is not justified scientifically, economically or ethically. These plaintiffs applaud Plumas and Sierra Counties for making the smart, cost-effective decision to join a far-reaching EIR, targeted for completion in two years, that will evaluate the extent and consequences of human interactions with wildlife across the region.”

Across the country, Wildlife Services has been using indiscriminate and inhumane tools to kill wildlife for almost a century, including traps, snares, poisons, and aerial gunning. Condemned by scientists with the American Society of Mammalogists, the indiscriminate killing methods used by Wildlife Services over the last decade have also killed more than 50,000 “non-target” animals, including wolves, companion animals, endangered California condors, bald eagles, and other birds nationwide.

Though these numbers are staggering, an investigative report by the Sacramento Bee in 2012 found that Wildlife Services routinely underreports the number of animals killed and does not include indirect deaths, such as secondary poisoning from the carcasses of animals that die from lethal Compound 1080, a Wildlife Services poison.

The plaintiffs were represented by Jessica Blome and Christian Bucey of Greenfire Law, PC, and Don Lipmanson of the Law Office of Don Lipmanson.

Project Coyote, a fiscally-sponsored project of Earth Island Institute, is a North American coalition of scientists, educators, conservationists, and community leaders promoting compassionate conservation and coexistence between humans and wildlife through education, science, and advocacy.

Feather River Action! (FRA!) is a grassroots organization based in Portola, California. FRA! monitors, publicizes, and defends against threats to the Feather River watershed, including forest mismanagement, harmful wildlife policies, and pollution and development threats.