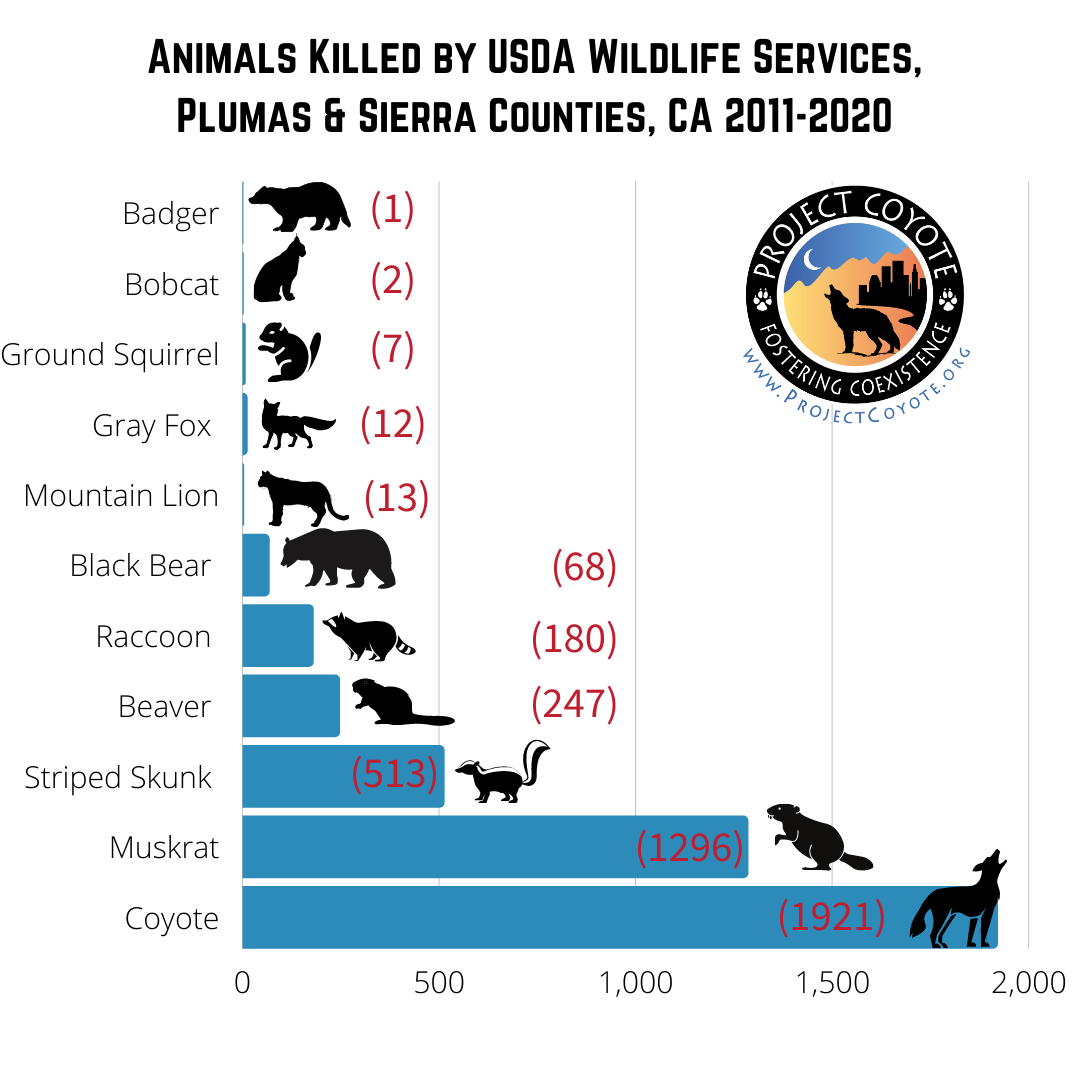 One Reply to “Plumas & Sierra Counties Kill Hundreds of Wild Animals Every Year With Your Money: Our Best Chance to Stop it is Now”